Pledge of the Elected 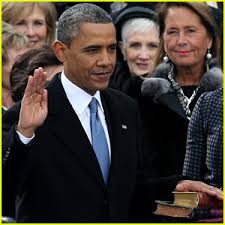 I have for some time now been considering the points of politics and how to change the current situation without disrupting in such a way that causes negative/harmful effects or influences.

Two points or possibilities that I have been looking at are 1) the need or necessity for real democracy, also called direct democracy, and 2) the point of how to instill honesty but it's like accountability into politics and also the public domain. I guess that's more than two points, and when I expand upon them, they end up not being separate but several points which are inseparable yet require to be looked at and developed almost as stand alone points. Why? Because it's almost going to be impossible to get all of these points, all of these changes to be instituted at the same time; therefore it is – I would say – imperative that we consider solutions that are able to be implemented in kind of like Lego fashion, kind of like components of a system that are able to be replaced and upgraded without having to replace or even shut off the entire system.

Specifically I’m speaking of requiring all new and reelected public officials to (before they are elected or re-elected) sign a pledge that all of their public dealings will be open to the public, online 24/7. This means that all office telephones will be monitored, conversations recorded, all government offices will have cameras and microphones with leads to the internet for 24/7 live viewing and listening. Basically I’m speaking of doing everything possible to ensure that not one iota of public business transpires without the public having live listening and viewing access to it. Corporations monitor their private employees; let us monitor our government Employees. It's not just a matter of national interest, it's a matter of national security lol, people's civic responsibility.

Of course government officials will say that this is a ridiculous idea, that they require privacy, secrecy for our own good, that they need to be able to conduct public affairs out of the prying eyes of the public. However, when we look at the root cause of the allowance of such deceit within and as the political structures, we see that it's mainly due to unaccountability, the ability to be deceitful without being called out, caught. We also see that this institution of the people is no more an institution of the people than a private corporation is for the benefit of the people. Everything is in reverse; it looks and seems as though it's going the right way when in reality it's going in the opposite direction of what is best for the people, the animals, environment, earth . . .

We can change some things right away by using what we do actually have, the power of the vote. If we stand for this simple practical solution of imposing accountability onto politicians, their offices, everything, every aspect having to do with so-called public service, we are able to at the very least call the government's bluff. What is their bluff? It's their cards that their holding; they don't amount to the moral righteousness of the stand they're portraying. They are portraying the need of the people to accept for our own good the intrusiveness of government surveillance while they themselves surround themselves behind almost impenetrable walls, declaring those who would expose them to be enemies of the state. Theirs is not an honest stand; it's a stand of fear, fearing the very people/public they claim to be serving, and this fear will only intensify until we all expose ourselves as having nothing to hide and therefore nothing to fear of each other.

Using our Internet platforms, we are able to simply spread the word that, any politicians who do not agree/sign the pledge of open government, i.e., agree to open all their conversations and dealing up to 24/7 Internet feeds, we will not vote for them.

Let's call the government's bluff and see what happens. Let's turn the tables, redirect the flows of surveillance onto the government itself. Let them spy on whomever the wish; let everyone spy on each other. If this is what it takes to bring about some accountability both in the realms of government and the private sectors, so be it. At least this way we'll all be able to see what each other is doing. Instead of trying to go against the current of surveillance, the exposing of secrets, let's embrace the current and direct it to the benefit of all.

Posted by thomaslagrua at 4:55 PM