The Delusion of 'Representative' Democracy 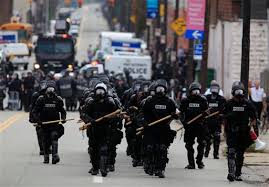 What is “Representative” Democracy doing in the age of communications/information technology? It's like having all of our most important decisions, phone calls and emails transferred to people who we've never even met but we voted or abstained from voting for them or their opponents to represent us because somewhere along the lines of cultural teachings or indoctrination we came to believe that this was the system of Democracy, the right to participate at various levels of “the process of deciding which few will be granted the rights to make the actual decisions.”


They write the laws, tell us what we can eat, drink, think, buy, sell, plant, smoke, places we may go and not go, and finally the penalties should we disobey their laws and get caught. That we of so-called Representative Democracy countries do not even have a say in our national budgets, how much money goes to education, the education curriculum, minimum wadges, taxation, war, etc., is testament to the mockery of Representative Democracy being anything more than a well orchestrated scam.


As far as I know of the history of government control the of masses, it's always been this way, the few the proverbial 1% making deals, hosting dinners starting wars, and leading the parades while the rest of us, the 99% are left with the right to choose from amongst the choices we are given, sometimes a few and sometimes none at all. It's called Democracy, but it's really just another form of control, a governmental system in the service of Money.


In high school, I remember having an image of the USA as special. We had the freedom to choose. This was Democracy that we had fought for and won, and it was our moral obligation to spread our way of life throughout the world. Later on, I set off with this mission in mind, looking for a fight to do my part, make things right. But the contradictions, they just kept on coming, and soon I began to realize that what I had been taught in school about the dream of Democracy was just that or more like a nightmare particularly for those unlucky enough to live in areas of resources – such as water sources for family farms – that could later be confiscated and sold off to foreign corporations to pay the interest on unsustainable (foreign) debts.


Years later, the brainwashing of my education, acculturated in competition, the justification for winning at all costs in spite of the loss has faded to the physical reality of my demise and the demise of humanity simply because we have not had the foresight and/or courage to place common sense ahead of the illusion, see beyond the veils of institutions to the reality of the hierarchy of the world system, the hierarchy of money. All systems within and as the world system – politics, education, judicial, etc. – are subordinate to the money system, the almighty Dollar, Yen, Pound, Euro, Krone and so on leaving us with the reality that, Democracy in coexistence with the current money system has never been but an illusion of “free” choice, Democracy of Money.


The degree by which We the people have abdicated our will/power by not first-hand doing what requires to be done to collectively determine the course of humankind is the degree of power and control that we allot to government to govern/dictate as they will. As the saying goes, we reap what we sow. And for all those who still consider ignorance and apathy to be harmless right of free choice, here's a consideration. An able bodied man or woman that stands by and watches or turns a blind eye while a child is abused is first-hand the abuser for not standing between the sickness and the child. Free choice is but an illusion; there is always a price to be paid – the effect or consequence of cause, be it direct or by acquiescence.


What We the people have been participating in is the delusion that as a system, Representative Democracy functions other than by its design within the design of the predominate capitalist system, it doesn't. Just because the stated purpose or intention of the Representative Democracy is to represent the wants, needs and desires of the majority of the people, doesn't make it “materially” so for the majority of the people.


How will we ever know who's best at making all the decisions – a few politicians or all of the people – until we the people stand up and start doing it by taking responsibility and collectively making all of the decisions by ourselves? Isn't this a function of equality? Isn't this how Democracy was supposed to be? The age of communication/information technology is here. No more is there a need or justification for the few to decide for the many. Open Source Direct Democracy
Posted by thomaslagrua at 10:33 PM