Real Democracy vs. the Illusion of Democracy 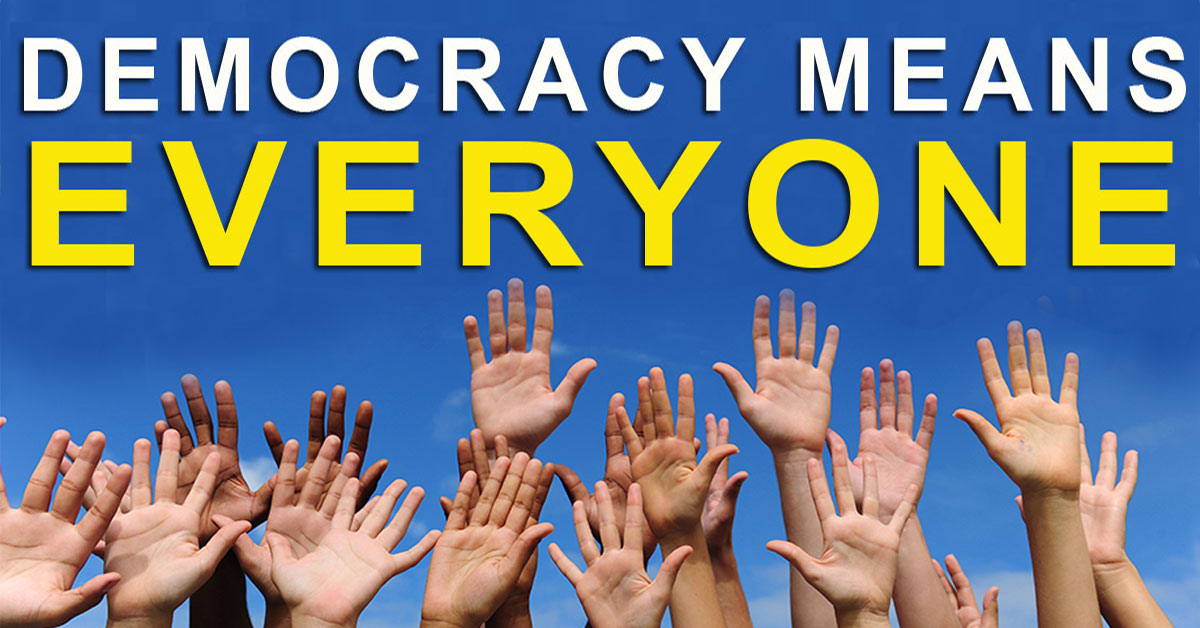 Unit 4: What is the biggest influence on people’s opportunity to participate?
In this unit, we are going to explore the factor that most influences people’s opportunity to actually participate in the decision-making processes of society. For, once we understand what the biggest limiting factor is to our current forms of democracy, we are then able to focus our attention on changing or correcting it for the purpose of improving the functioning of our democracies. So, what do you think is the biggest factor of day-to-day living that mostly influences or limits the amount of opportunity that people have to participate in their democratic systems?
If you guessed money to be the biggest factor or aspect of day-to-day living that influences the extent of people’s opportunity to participate in their democratic systems, then you guessed correctly. Why money? Because, like it or not, the money-system dominates (and therefore defines) all other systems such as the education system, the legal system, transportation system, military system, government system and so on within and throughout most of humanity. Consequently, even though many may believe that our democratic systems of government are designed to be fair and give everyone an equal opportunity, the reality is that, no system of government (as of yet) has ever managed to supersede or override the power and control of money. Therefore, as a result of the way the current world system is setup, the more money one has, the more opportunity or power he or she will have to participate in the democratic (decision making) processes of society. Remember the saying, money is power?  Actually, money is just the representative of power within the world system of humanity.
Remember the example of a real democracy wherein one-hundred percent of the people had the opportunity to participate equally in one hundred percent of all of the decision-making processes? Imagine how it would be if each person’s opportunity to participate in the decision-making processes were based on how much money or wealth each one had. For example, imagine that one dollar or one yuan equals one vote and the more money each person had, the more votes he or she could cast.  Obviously, the people with the most money would end up making most of the rules to administer and control most of society. And even though we might call it a democracy, it still wouldn’t be a real democracy of the people, by the people and for the people. Rather, it would actually be a democracy of the money, by the money and for the money, representing (for the most part) the people with the most money.
Remember, just because we decide to call our governments, representative democracies, doesn’t mean that such democracies are actually setup to represent all of the people equally. Sure, today’s democracies are indeed for the most part, representative democracies. Unfortunately, the degree by which people are actually represented by their democracies is based not on the value of life, but the value of money. And this my fellow human beings is the underlying cause of the devolution of humankind.

Solutions for low functioning democracies
The problems of humanity are not going to be solved by themselves. If we, the ninety-nine percent really want to improve the quality of our democracies, we are going to have to work together, peacefully from the ground up to build a new system based on the principles of equality in consideration of what is best for everybody.
This requires that people begin taking on more responsibility by investigating the problems, communicating with one another, designing solutions and then deciding among ourselves which solutions we are going to implement. Specifically, don’t expect the one percent of the population that is in control of our governments, to redesign our systems of government. This does not mean that many good intentioned people at the top of the system do not want to change the system, but that they by themselves are simply unable to do so by themselves.
The bottom line is that, in order for us to correct or improve the functioning of our democracies, we’re going to have to improve the distribution of wealth, i.e., find ways to provide everybody with enough money and resources so as to equalize the opportunities that people have to participate in the decision-making processes of society. Doing this requires that, we upgrade from representative democracy to a more direct form of democracy, wherein people would be able to use the most modern technology to ensure that everyone at least have the opportunity to participate or vote in whatever areas they choose to participate.
The fact of the matter is, we as a human race have already entered into the final stretch of the human race and what we do now and do not do right-now will have a tremendous impact on the quality of life for generations to come. Perhaps it’s time to redesign our world systems by eliminating the rules that promote inequality and replacing them with the principles of equality, oneness and what is best for all. After all, even after all is said and done, we are still one. Thus it is my intention and my hope that, from this new understanding of democracy, you will begin to take it upon yourselves to push for change by becoming that change. Always remember that real change starts from within.
Again: the collective expression of real democracy is simply the collective expression of real equality of opportunity to participate in the decision making processes of the collective. Of course, it is not a state that humanity is going to attain instantly. Rather, it is a process wherein every move we make to change ourselves in the direction of real democracy is a step in human evolution. Anything less is unfortunately devolution.

Posted by thomaslagrua at 5:32 PM